Yet again, the "Department", in their infinite wisdom, have destroyed vast areas of native bushland in Western Australia, killing animals and plants, and putting people's lives at risk. This is a yearly ritual, and the fires induced by so-called prescribed burnings done irresponsibly and without sufficient thought, result in catastrophic outcomes.

See this story.
Posted by Tracy Ryan at 5:41 PM No comments:

This is a pro-Occupy, anti-violence, anti-capitalist play written in support of the St Paul's occupation in London, and can be used for performance as presented here if desired.

A No-act Play by John Kinsella


For as many actors as there are ‘voices’, or fewer. Plus a group of masked figures.

St Paul’s Cathedral. The steps. The tents. The dome. The actors ‘shape’ themselves as they talk. A chorus in the background of Schwitters’ Ursonate-like sounds. Building building building. Scattered around the location are ‘masked-up’ figures who shout the odd aggressive word of protest; as the play goes on, especially where the black-bloc are mentioned. They begin to unmask, still uttering the odd word of protest towards capitalism and the oppressions of the state and corporations, but in an insistent rather than aggressive manner. Unmasked, their protests clearly become more effective (this can be displayed in their faces and in those of the ‘voices’).


Voice: The dome holds prayers warm. They ascend in clouds when the dome is full.

Voice: They fall back into the cathedral and melt over the pews, the stone. They wash away or crumble into dust. They cover hymnals. They are breathed in and out and lost.

Voice: They go neither up nor down, but out. They rustle among the tents at night. The doors shut, they linger. They have a long half-life. They don’t burn like radiation but they change us. Even if we don’t believe.

Voice: Look over there, The young men in suits photographing each other in front of the tents. Group shots. They laugh. They are full of joy. They’ll facebook the images. They seem especially pleased if they get dreadlocks or piercings.

Voice: There’s the Apocalypse man. He says the signs are here, among us.

Voices: We says yes, they are. The stock exchange, the financial district.

Voice: He says we are wrong, and doesn’t approve.

Voice: I lost his voice in the traffic sounds, the machinery.

Voice: How many words are written by the shapes of bodies on the cathedral steps? The enriching crosstalk and overtalk and undertalk of different languages. Their shapes, their words, the new words are more concrete than the buildings. The old buildings, the new.

Voice: The local matters. What did the Blitz say about orders to move on? Who listened out? Who sheltered? Who sanctioned living? Under what conditions? Shape up or ship out? Consensus? Occupation?

Voice: I saw black-bloc-ers gathering on the outskirts. They had the wind up. In twos and threes, masks half-cocked, working up a steam of affront. Looking for a phalanx.

Voice: Yes, yes, I get you. Materials. Tents, the dome, the sweat-shop labour that went into making the clothing of...

Voice: Phantoms of the operas.

Voice: Or the Letters of St Paul. Somebody has brought that up. Many people...

Voice: But this is against the master, against slavery.

Voice: But if you take one word out of George Herbert’s concrete poem, ‘Easter Wings’, the poem falls to the ground. Say, the word... ‘harmoniously’...

Voice: But is it any worse for being on the ground?

Voice: Is it unmasked?

Voice: Standing up. Being counted.

Voice: Lying down. One of the Fleet-Streeters came last night and invaded our sleeping places with infra-red. Their x-ray specs...

Voice: And I wondered if I heard the clergy praying against us.

Voice: No, no... they were praying for the poor and the wealthy. They were giving their blessing to tourism, the machine of the cathedral kept running.

Voice: But they are not blind to symbolisms.

Voices: Nor masks. They are as one. Christ’s...

Voice: Yes, and are all victims of corporate...

Voice: Inside the tent of learning I felt I was inside Gomringer’s silence poem. His ‘Schweigen’.

Voice: What does translation mean?

The cathedral bells start to ring out the hour. All stay silent while they ring.

Voices: Who is that speaking in the background? What is that voice?

Voices (to each other, speaking slightly out of time with each other, so cross-talk results): Have you noticed the noisier it gets, the more silence floods into our oneness? Faces show. Mouths moving. Eyes blinking. The painted faces of the crowd. Each and every one. Pictograms. I can make out the script but they seem to be suffering the same.

Voice: Pain. It’s just pain, but the gadgets hide it. They are pain-obscuring gadgets, not pain-ending gadgets.

Voice: And the ennui of cyberspatiality — the need to convince themselves... ourselves?... they... we... exist.

Voice: We are all culpable.

Voices: One and all!

Voice: Some of those masks remind me of the Three Musketeers.

Voices: Wait. Time for a chat. Good to chat. Share the news. The Bobbies are checking up on us. Hi, we don’t want violence. Thanks. The same food is out there to share. Yes, yes — crimes of the state. But they placate with television series. Just say no. No. No.

Voice: No. You can hear the shutters of the record-keepers. Their vigil.

Voices: Watching over each other. Putting a fire beneath us. Purification of customers.

Voice: What’s the use of a person if they’re not a consumer?

Voice: What’s the use of a cupola on the dome?

Ellen Moers in 1970 describes Dreiser as

a writer of massive stature, fierce, unpredictable, eccentric, with the disagreeable habits that have always afflicted major novelists... He was a great novelist, perhaps the greatest of the Americans, and left a reputation for not knowing how to use words... Unusually cerebral in his approach to fiction, he spent most of his time informing himself about everything that science and philosophy could teach the novelist about the act and the will; but he left a reputation for being stupid, unlettered, a 'primitive'.

Of course he's not stupid or any of that -- and Moers is on his side, having "discovered" his fiction "with astonishment" not long before she began writing her very solid book, Two Dreisers, from which this description is taken.

It's the self-taught, wide-ranging aspect of Dreiser I most admire: there are some great advantages to a writer in not being thoroughly steeped in institutional education. Dreiser had limited schooling and in his early days it was in a German-language Catholic school (he had the strange circumstances of being born into mixed Catholic and Mennonite parentage); later he did one year of college paid for by one of his teachers. The rest, he did himself, through library access and building up his own collection of books. You can read about his personal library -- and check out a list of titles -- here.
Posted by Tracy Ryan at 10:06 PM No comments:

I kneaded it more than usual, and let it simmer at a lower heat than before. The texture was much firmer. Sliced and crumbed, then crisped very fast in the pan. The flavourings this time (just a pinch of each) were dried sage and thyme. 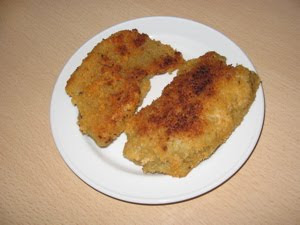 See this earlier post for how to make seitan.
Posted by Tracy Ryan at 2:59 AM No comments:


One should never expect anything from such a corrupt entity as a nation-state or its subsets. We might at the very least hope for separation of church and state, though "the church" constantly creeps into schools through the many back doors proffered. And now it beggars belief that the Western Australian government has been quietly fostering the fusing of private corporations -- in particular the global Pacman, BHP -- and state schools.

See this article for explanation of what's happening in the so-called state education system...

This is the very kind of corporate sway that the Occupy movements have sprung up to contest.
Posted by Tracy Ryan at 4:19 AM No comments: