by John Kinsella
Urs Jaeggi has recently passed in Germany at the age of 89. As followers of this blog will know, we saw him in Zurich as recently as January 2020, just as and before the world fragmented and writhed with the Covid crisis. It was an incredible interaction — bringing with it an entire notebook of collaborative fusings and dialogue, for which I will always be grateful. And Urs finally got to meet Tracy and Tim in person, though he had spoken with Tracy on the phone from Berlin to Paris decades earlier.

A remarkable person in all ways, Urs challenged and changed discourse as an academic, and as an artist pushed his practice into completely original and absolutely committed modes of articulation. In all his creative work he was able to converse between interior and exterior worlds — within himself to test the boundaries of what arts practice might be, committed to enacting his work honestly, and uninterested in the ‘fashionable’. He was a practitioner of great integrity. Writer, sculptor, painter, drawer, poet, performer, creator of texts, he was one of the most widely informed, read and sensitive people I have ever known. His imagination merged with knowledge, and both were remade.

Urs was born in Solothurn, Switzerland, and though spending much of his life in Berlin and later Mexico City, he made frequent journeys back to Switzerland, often to see his very long-lived mother. I remember Urs saying that the journey on the train was useful to him for his work, allowing him to focus; I have often wondered if that was because he was so interested in the tension between ‘permanence’ (unattainable) and flux (what we live in). He seemed fascinated by the in-betweenness of things.

I first met Urs at the 1995, 62nd World Congress of PEN, and we immediately sparked. He was moving between zones in a physical sense, and he was also deep in a change in his practice: from more conventional narrative to a highly disrupting alterity of expression — one that energised language/s, offering an alternative fluidity of philosophical encounter with ‘being’ and materiality.

We both discovered we had a strong interest in Deleuze and Guattari, and agreed we could write a cross-language textual work that operated as a body without organs we would reterritorialise and also deterritorialise. We promised each other to keep in contact and work together.

It happened sooner than I expected, because within months we were swapping constructed typography-orientated texts via fax, and this continued when Tracy and I took up a residency at Varuna writers’ house not long after (Blue Mountains, New South Wales, far from Western Australia... and these ‘shifts’ would be part of the dynamic of our interaction from then on).

Faxes would come into the communal fax at Varuna overnight, and I’d collect them in the morning and send off as soon as I’d configured my D & G response. This continued when Tracy and I moved to Cambridge. Eventually, the book was finished — or had completed being ‘compiled’ — and I photocopied half-a-dozen sets and sent them to various people, none of whom have any idea what became of them now. Long time ago. Urs had a set in his art studio, and I am hoping it remains among his papers.

Urs and I went on to read/perform together (Hamburg, East Berlin, etc), and to conduct a variety of collaborative textual experimentations. We fell in and out of contact over the decades, depending on the run of our lives. At times our exchanges were intense and all-consuming. Each of us took work done with each other into our way of seeing, into our wider ‘practice’.

Looking back to the first time I published Urs — Salt Number 8, 1996, I remember the excitement and dynamism of our earliest encounters. He was an enthusiast for challenging textual and knowledge conventions within Euro-paradigms, and dismantling narratives to investigate what informed them. An investigation that always had purpose: to find ways of liberating text that convention might force upon us. Urs provided the cover image of that issue, and a couple of pieces that are below: 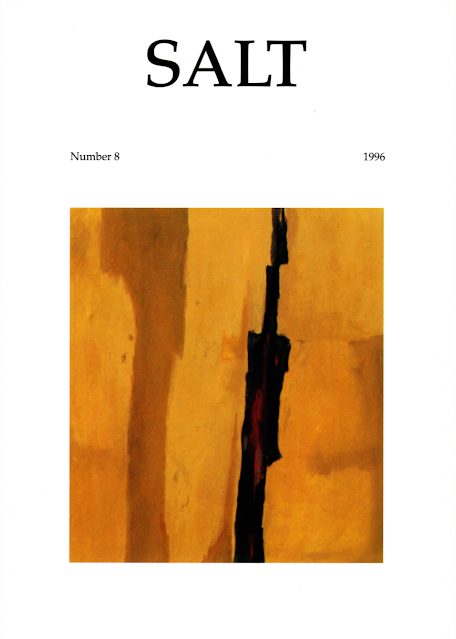 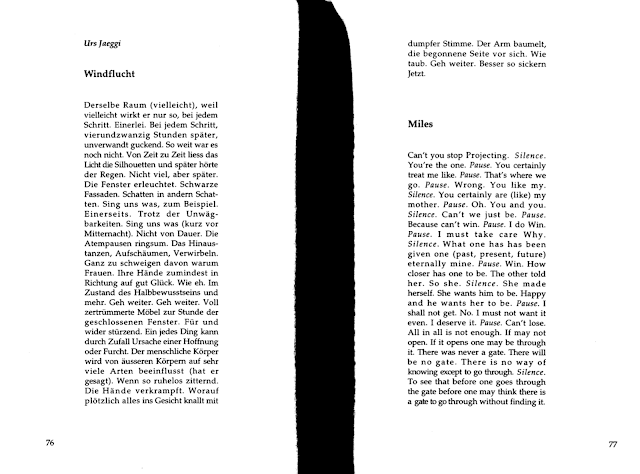 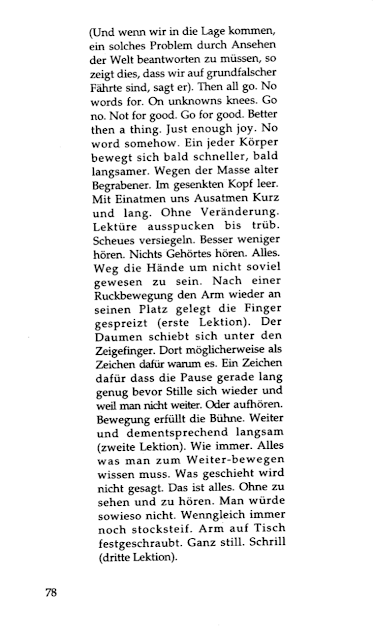 Over time, I will try and place some of our other collaborative work on the blog (there were about half-a-dozen extended ‘projects’), but for now I will sign off with a poem I wrote after hearing of Urs’s passing, and also one (accompanied by a note of thanks and greeting) I wrote a decade ago as part of a celebration of Urs’s life.

You’d have broken the form down into fragments
of speech, questioned the mechanism, undone the quotes
that bind the philosopher to a position, a circumstance.

I will remember Deleuze and Guattari enjambments,
the wolf in a shadow of the tower — unlearning rote,
as we broke up the form and followed the fragments.

I will remember the depth of ink and the dénouement
of a rocking horse in your Berlin flat, later of Zurich and litotes,
refusing to bind the philosopher to a position, a circumstance.

For more than a quarter-century we worked by increments —
our ‘Tractortatus’ trying to respell propositions and essences — afloat
on your sculptures of consequence, lines worked into fragments
freeing the philosopher from a position, all circumstance.