I have worked with Urs Jaeggi on a variety of text(ual)-visual-poetry collaborations since the mid 90s when I first met him in Fremantle, Western Australia, while attending a PEN conference. When I moved to Cambridge with family, I got to see Urs every now and again as I often travelled to Germany. He and I read together in Berlin and Hamburg and created via fax machine a book of poem-visual-textualisations entitled D & G that has since been lost. There were a number of paper versions of D & G circulating around the turn of the century, but none of them seems to have survived. A section of the book was published in Chain magazine in the late 90s, and is included below. As said in the note that follows the pages, the work came out of an intense 'conversation' across and around and under and over and through the works of Deleuze and Guattari.

Since D & G, Urs and I have collaborated on a number of other works via email, with fractions and fragments being published here and there over the years (e.g. in Vlak magazine). Most recently, we have been working on 'drawings and poems', whereby I respond to series of drawings sent as attachments by Urs. This is the reverse of a process we employed in around 2006/7/8 when I sent Urs my Divine Comedy 'distractions' and he 'illustrated' and sent back. Those drawings never found their way into the English-language editions of the work (WW Norton and UQP), but a few did find their way into the selection done by the Italian publisher Raffaelli Editore with translations in Italian by Maria Cristina Biggio in 2013. I have scanned some pages and will include below.

What I have presented here are some snippets from our recent work together, and I intend to add to this over future blog postings. Collaboration has been a vital part of my creative working life, and is really what I am most interested in, and most value. As well as working with Urs for over twenty years, I have also had the good fortune to work creatively with Louis Armand, Pam Brown, Niall Lucy, Dorothy Hewett, Mona Ryder, Karl Wiebke, Thurston Moore, Kwame Dawes, Tracy Ryan, Charmaine Papertalk-Green, Susan Schultz, Frieda Hughes, James Quinton, Wendy Jenkins, Barry Phipps, Paul Kane, Alan Jenkins, John D'Alton, Gordon Kerry, Forrest Gander, and others, and I feel privileged in these interactions.

I begin with a letter and poem written quite a few years ago now in celebration of Urs's 80th birthday, and included in a primarily German-language volume celebrating the brilliance of this Swiss-born sociologist, cultural and social activist, novelist, poet, visual artist, sculptor, and much more.

And some drawings and poems (i.e. Urs Jaeggi's drawings followed by my poem-responses): 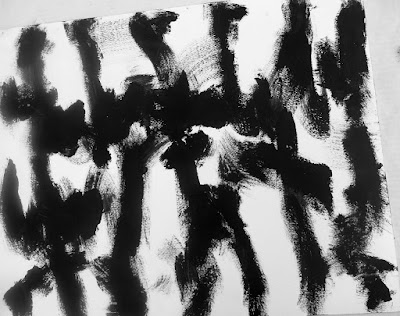 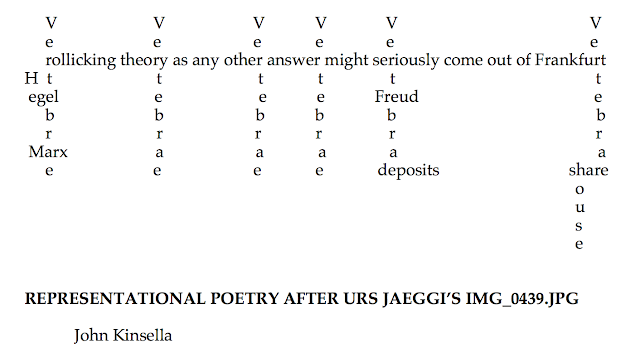 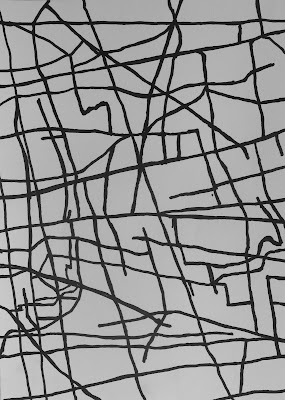 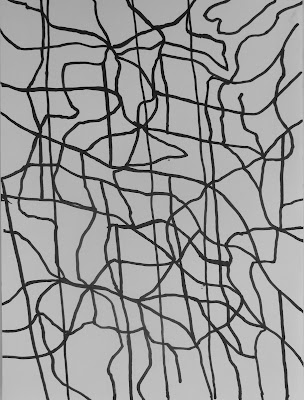 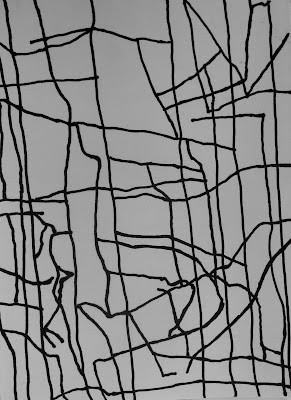 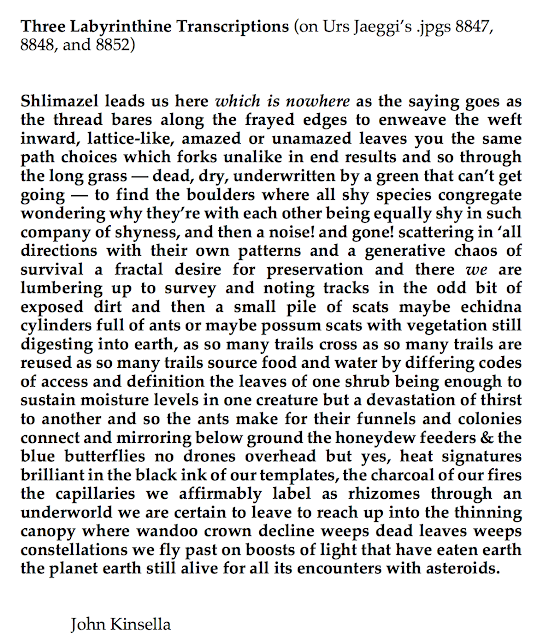 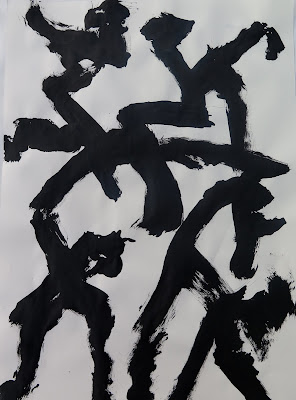 When the boomers
confront each other
on the second tier
below the house,
we described it as a dance. None of us have danced recently,
nor attended a dance, or thought much about dance,
but it’s inherent, isn’t it? We pluck memories
like fur from the coats
of rivals we don’t have, or don’t want. We are not
violent. But the old boomer — scarred, dominant —
hangs on to his mob for another season —
three rivals, almost but not quite
as large, wrestling for supremacy.
All lived to tell tails
they balanced on, ‘boxing’
and tipping opponents
until first and second round losers demurred
to watch from down low
the final tilt, the pas de deux
that defines the sociology
of the present, and what will be
for a time, a cycle.

And from earlier in the latest collaborative cycle: 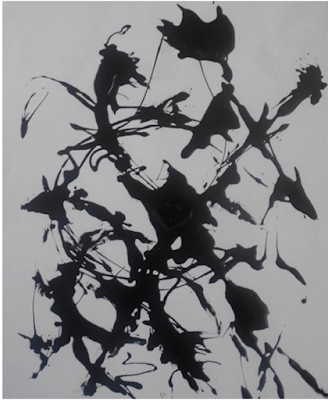 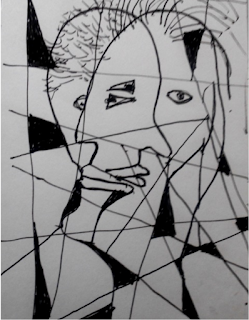 Paso doble shock to casternet
Psyche's blastdoors, to confront
a mirrorcall, a despicable wall
of Self stretched to profit ideology.

We see into your pas de deux,
your rough riding aubades
to make a myth fit phrenology.
We sense a universal and tranquil pool

beyond your aqueous humour,
beyond the closing bell. 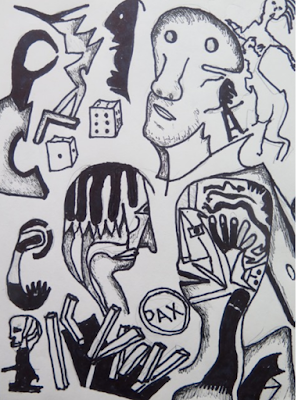 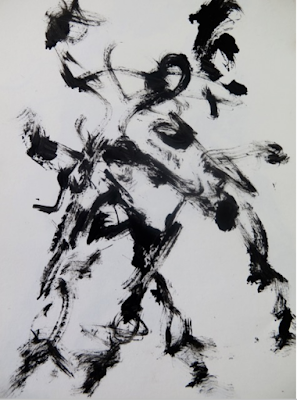 Ruins
Struggling over the ruins
as a black rain swirled,
they wiped their eyes
to better see the spirits
rising from spent palaces,
granaries, and tombs. 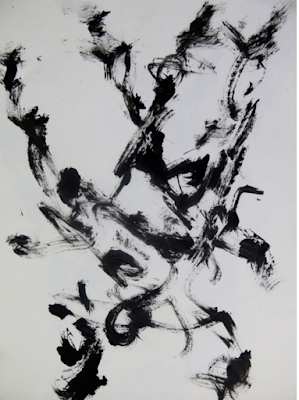 My brother-in-law
travels frequently to Mexico.
He sees the dawn over mountains,
he sees fresh light silhouetting
timeless ghosts in the streets, the trees.
He sees far beyond any wall,
and on The Day of the Dead
he sends us greetings
and we share, too. 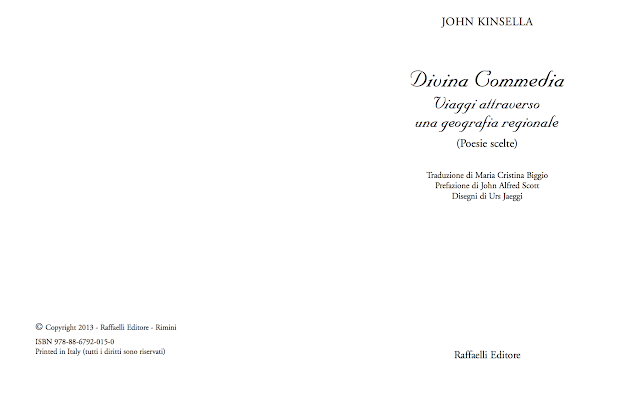 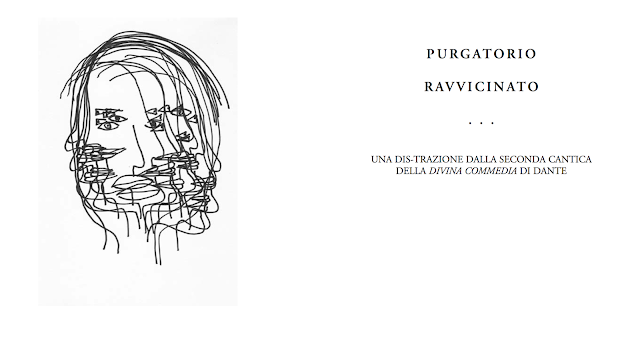 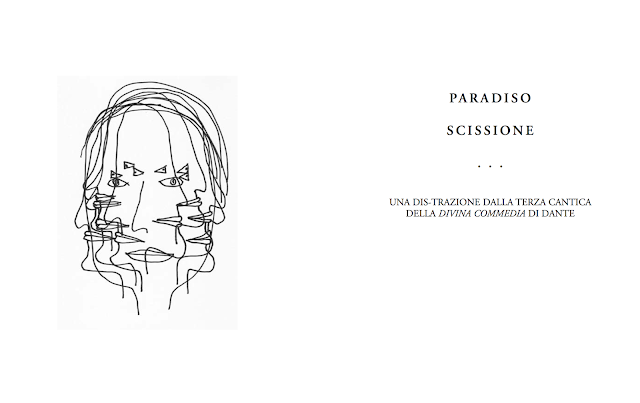 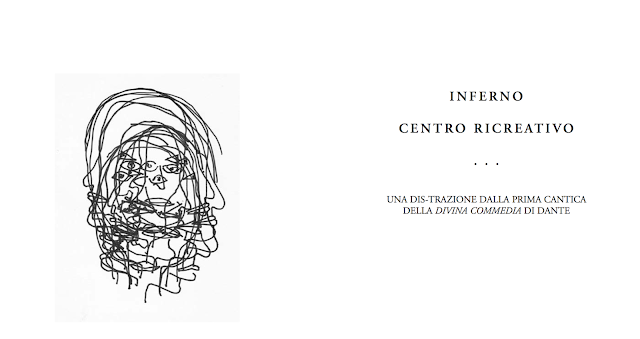 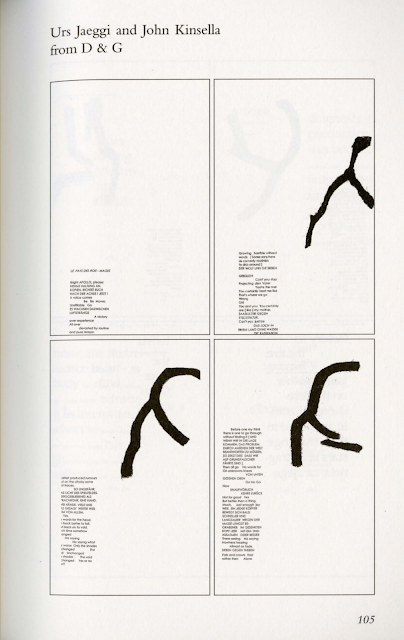